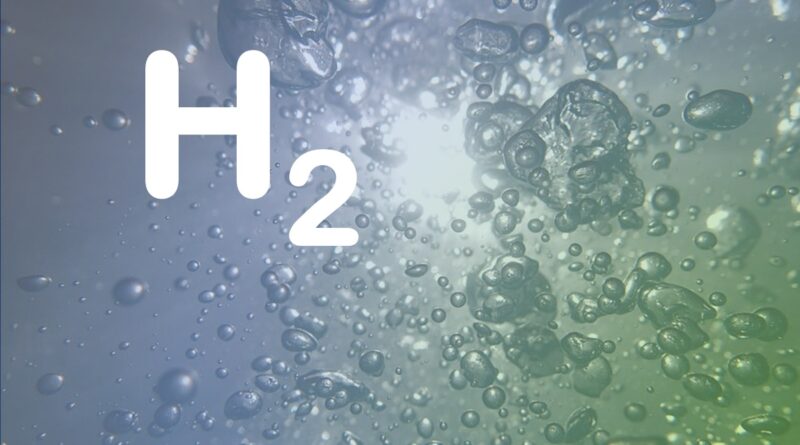 Presented for several months as a miracle path in the energy sector, hydrogen is a molecule that seems promising. Nevertheless, in the media, on social networks, we note that hydrogen can be « blue », « green », « grey », or « yellow ». Even for a specialist in the sector, it is not always easy to find one’s way through this outpouring of colors.

What do these colors represent? Are they associated with different hydrogen purities or different applications? Are there several « types » of hydrogen? I propose a quick review of the question.

Note: this article will be completed in the next few days by a complete file on hydrogen applications.

For your information, the University of Liege has also positioned itself on the production of hydrogen and a reference article is available here.

Hydrogen is not an energy in itself. It is rather an energy vector, just like electricity or heat. Hydrogen (H2) does not exist in abundance in its natural state and it is necessary to synthesize it from a raw material.

Currently, this raw material is mainly natural gas (for more than 50%) followed by hydrocarbons (from oil) for nearly 30%. The rest of the production is based on the use of coal (less and less exploited) or biomethane (from biogas units).

The conversion of these raw materials into hydrogen also requires energy. Today, more than 95% of this energy is derived from fossil fuels.

The conversion of natural gas into hydrogen is based on a process known as steam reforming (often referred to as SMR _ Steam Methane Reforming). Steam reforming involves reacting methane (contained in natural gas) in the presence of steam water, at high pressure and temperature (around 700-1000°C), in the presence of catalysts. SMR is the most widespread production technique for hydrogen synthesis. It represents an estimated cost of 1.5 euros/kg. SMR is energy intensive and emits a lot of carbon dioxide, which is usually released into the atmosphere. It is estimated that for one ton of hydrogen produced, between 10 and 11 tons of CO2 are emitted.

The hydrogen produced from natural gas by this SMR process (with CO2 emissions) fueled by fossil fuels is called grey hydrogen. (Figure 1) This grey hydrogen is the one that is dominant on the market. It is the one that is produced at an industrial stage and in large quantities. Every year, about 70 to 80 million tons of this grey hydrogen are produced, the main application of which remains the industrial chemical sector. More than 80% of the world’s hydrogen production is used to synthesize ammonia and its derivatives (for agriculture) or to carry out oil refining operations (including the desulfurization of fractions intended for fuel applications). The United-States and China are the world’s two largest suppliers of hydrogen, far ahead of countries like France for example (1.5% of world production).

Hydrogen can also be produced from coal or biomass (plant-based materials and/or organic waste) by including an additional step called gasification. This gasification, which also takes place at very high temperatures, produces a synthesis gas, called syngas (a mixture of carbon monoxide CO and hydrogen). This step is also highly energy consuming. 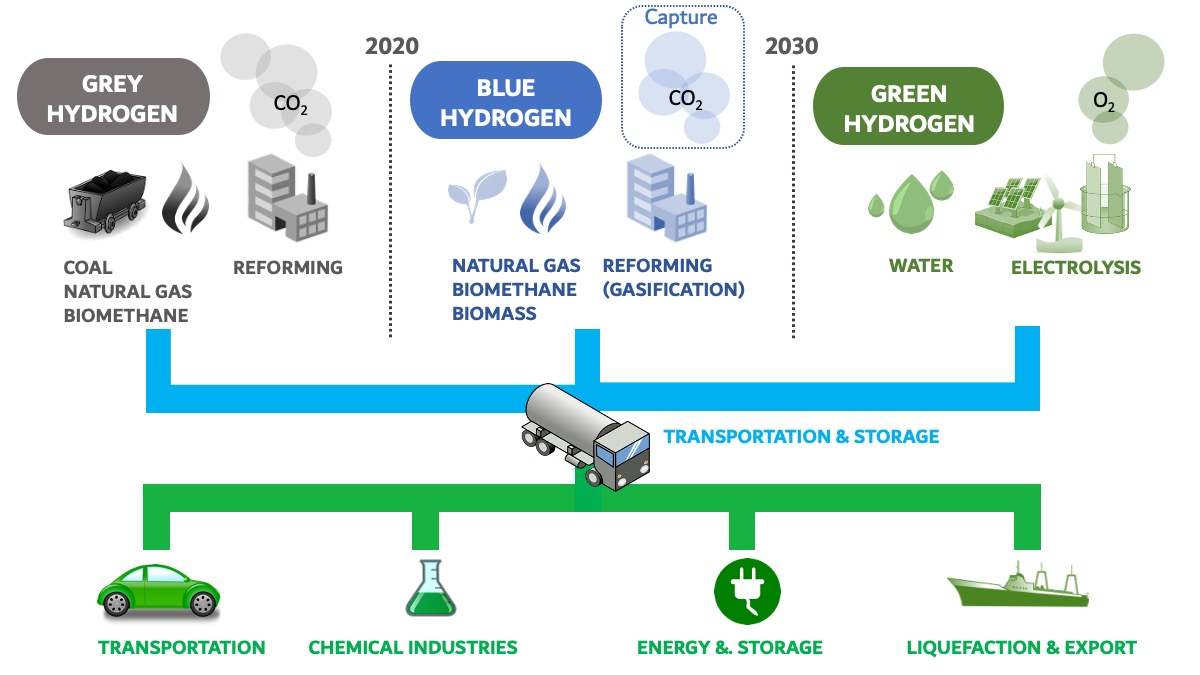 Figure 1: Visualization of the 3 hydrogen (H2) production routes and their denomination by a specific color.

As the current hydrogen production routes emit greenhouse gases, major challenges exist to decarbonize this production as much as possible. To do this, various options are being considered, with different levels of technological maturity. A first strategy consists of capturing the carbon dioxide formed during the SMR and either reusing it as a raw material in certain companies, particularly chemical companies, or storing it geologically in former « pockets » of empty natural gas or oil. This is called geological sequestration (also called carbon capture and storage or CCS).

The hydrogen produced by this approach, which emits less greenhouse gases, is then called « blue hydrogen”. Of course, CO2 capture solutions have a significant cost (both economic and energy) and only a few pilot productions have been identified in the world.

Another option to enable the decarbonized production of hydrogen is to exploit a different raw material, namely water, and to convert it in large electrolyzers, powered by electric current, into H2 and oxygen (O2) which returns to the atmosphere. If the electricity used to power the electrolyzers is 100% renewable energy (photovoltaic panels, wind turbines, etc.) then the hydrogen becomes “green”. If the electrolyzers are powered in whole or in part by nuclear energy, then we will speak of “yellow hydrogen”.

The color associated with hydrogen depends on its production method on all the production chain.

To date, more than 95% of the world’s hydrogen production is based on fossil fuels, with greenhouse gas emissions. This grey hydrogen is the most economical.

The capture of greenhouse gases makes it possible to produce a more expensive blue hydrogen.

If the production is ensured from renewable energy only, the hydrogen becomes green.

The colors associated with hydrogen are those used by the press, the socio-economic world and specific industries. The academic and scientific world makes no reference to these notions of color; hydrogen, whether it is produced from natural gas, biomass, water and with a contribution from fossil or renewable energy, remains the same molecule.

Do not hesitate to contact me via the following email address: a.richel@uliege.be or via the form available by clicking here.